There are two types of people in the world. Those who only watch out for themselves, and others who live to give unselfishly to others. Lea Black belongs in the second category.

“Lea only does good in whatever she undertakes,” says Donna Shalala, the former President of University of Miami, and now the U.S. Representative for Florida’s twenty-seventh congressional district, which includes Miami. “She looks like the party woman of the year, but she is substantive. She is not about herself.”

Opinionated and fearless, the former original member of The Real Housewives of Miami is married to prominent criminal defense and civil lawyer Roy Black. Together, they have raised millions of dollars for charity at an event known as The Blacks’ Annual Gala—contributing to a variety of organizations that benefit at-risk children and teens, including Icare Bay Point Schools. Black has been traversing the waves of Miami society and says she’s learned a lot about people—prompting her to pen the gossipy novel Red Carpets & White Lies (2015), a sarcastic, behind-the-scenes romp through her charity fundraising experiences.

Black is also an astute businesswoman. Beginning in the 1980s, she founded, developed, and marketed more than 400 health and beauty products. Now, the mother of R.J., 19, a University of Miami student, Black’s days in their historic Mediterranean home that once belonged to Coral Gables developer George Merrick are packed with various projects of her choosing. “My husband learned quickly when he married me that I have a mind of my own,” she says. “I do what I want.”

Roy agrees: “Lea is one amazing woman with great ideas. Being her partner is always interesting. She is highly intelligent, smarter than I am! In fact, my clients call her at night because she likes to chat. I am a bottom-line guy who says only yes or no.” 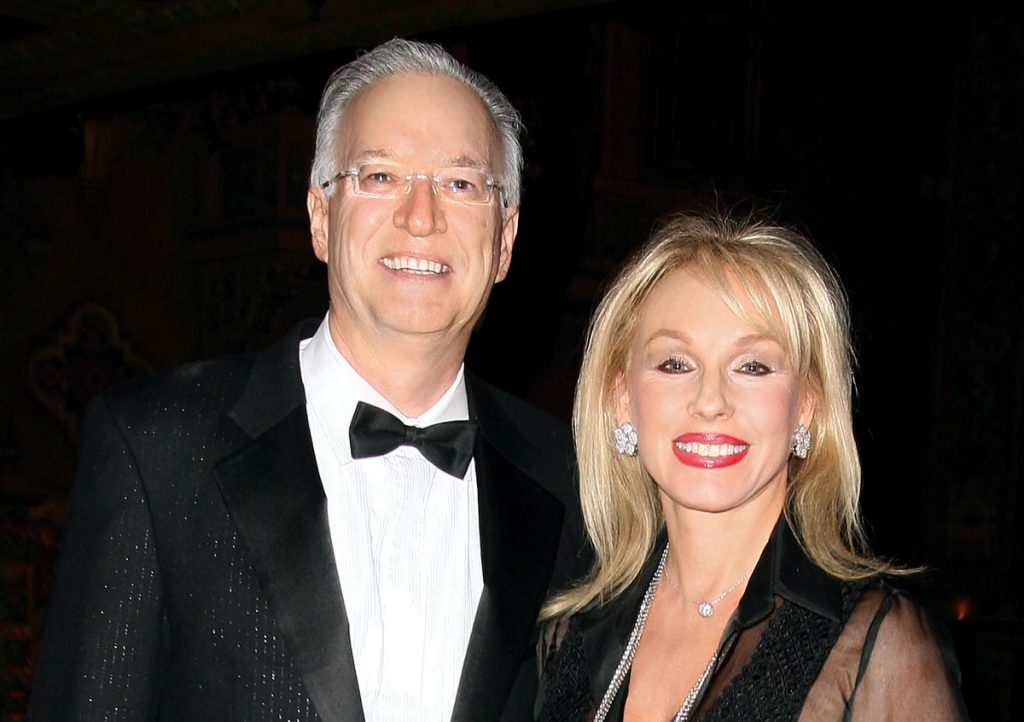 Born and raised in Waco, Texas, Black’s childhood was filled with traditional small town values. “I learned good manners, attended a small school, and was told to be truthful,” says Black, whose father was in construction and mother worked in the insurance business. “It was a far cry from the world we live in today.”

She says she knew early on that she would have to support herself and make her mark in the world. Agile, talented, and entrepreneurial, Black began teaching ballroom dancing at the Fred Astaire Studio in Houston. She also worked at a hospital, sang in nightclubs, and eventually ran a chain of 40 Texas-based health clubs called Figure World. “I got married and divorced, worked 24/7 and made the health clubs successful,” she says. “Then I was introduced to the skincare business ,which I liked a lot. I made my own money and never asked anyone for anything.”

In the mid 1980s, Black moved to Miami to sell Sudden Youth, a product that promises to lift, tone, firm, tighten, and cleanse the skin. She developed a line of corresponding products and sold them to outlets in Puerto Rico and retail shops on cruise ships. “At one time, I had 100,000 women in the U.S., Caribbean, Prague, Indonesia, and Canada selling my Lea Cosmetics International products,” she says. “My work required about 200,000 miles of travel each year.”

Though she maintained an office in Prague, Black eventually moved back to Florida, picking Palm Beach as the city to continue building the business. But her life changed dramatically in December 1991, after she met Roy at the courthouse in West Palm Beach. Lea was selected to be a juror in the William Kennedy Smith rape trial when Roy was the lead defense lawyer. (Smith was later acquitted after being accused of raping a young woman during a late-night party at the former Kennedy estate in Palm Beach.) “I was sequestered for 10 to12 days, and will always remember how brilliant Roy was in defending Smith during that trial,” says Black.

They started dating the following September and fell in love. Even though she was involved with someone else at the time, Black says she knew Roy was the man for her. “He was the smartest person I had ever met,” she says. “I am attracted to very smart people. Roy was also fascinating, interesting, and up to the greater good. We were well suited in our ideals and highly compatible.”

In August 1994, they eloped on Sanibel Island, Florida. Exhausted by years of constant travel, Black decided to cut back on her skincare work. “I wanted to spend more time in Miami,” she explains. “I eventually turned the U.S. and international distribution of my company over to a man in Switzerland, selling that part of the business.”

Instead, she chose to pursue the infomercial and Home Shopping network (HSN) route, promoting her products from time to time on TV and allowing more freedom to pursue other interests. She enjoyed making infomercials for Sudden Youth and the bath product Bio Flora with actress Joan Collins in Baden-Baden, Germany. Later, she took her products online, and now keeps current with the Lea Black Beauty Collection, an array of skincare products featuring CBD hemp extracts.

But it was after a black-tie gala in 1997 that she changed course, trading her emphasis on outer beauty to the inner beauty of charitable endeavors.

“One night while Roy and I were attending a Miami charity event, a judge asked me to help kids who were sent to jail on petty offenses,” says Black. “I raised money for this cause through a fundraiser we held in our backyard, which grew into a regular Miami event to benefit at-risk children and teens. We even helped social work organizations implement after-school programs.”

All of the money they raised over two decades was used to provide at-risk youth with educational resources, vocational training, and creative and cultural outlets. Black and her husband hosted these annual charity bashes at large venues like the Coral Gables Country Club and the Fontainebleau Miami Beach.

They were headlined by A-list entertainers like Tony Bennett, Aretha Franklin, Pitbull, Flo-Rida, Queen Latifah, Natalie Cole, Patti LaBelle, and Pharrell Williams. “We loved hosting these galas but stopped a couple of years ago because I was not willing to compete with for-profit charity groups,” she says. “It seemed that everyone had a charity, and the donations fell off.”

That’s when Black switched her allegiance to political fundraisers to help candidates like Charlie Crist, the U.S. Representative from Florida’s thirteenth Congressional District; Al Franken, the former U.S. Senator from Minnesota; and many other Miami-based, regional, and national figures.

“I have worked with Lea for more than 15 years and despite the long hours, time-sensitive deadlines, quick thinking, focus and problem solving necessary, her positivity, drive, humor, generosity, and ability to always find a solution have been invaluable to me,” says Jason Clarke, who manages all of her projects. “Her character traits are not exclusively offered to me. Lea shares them with strangers by always trying to assist anyone she can. She inspires me to this day.” 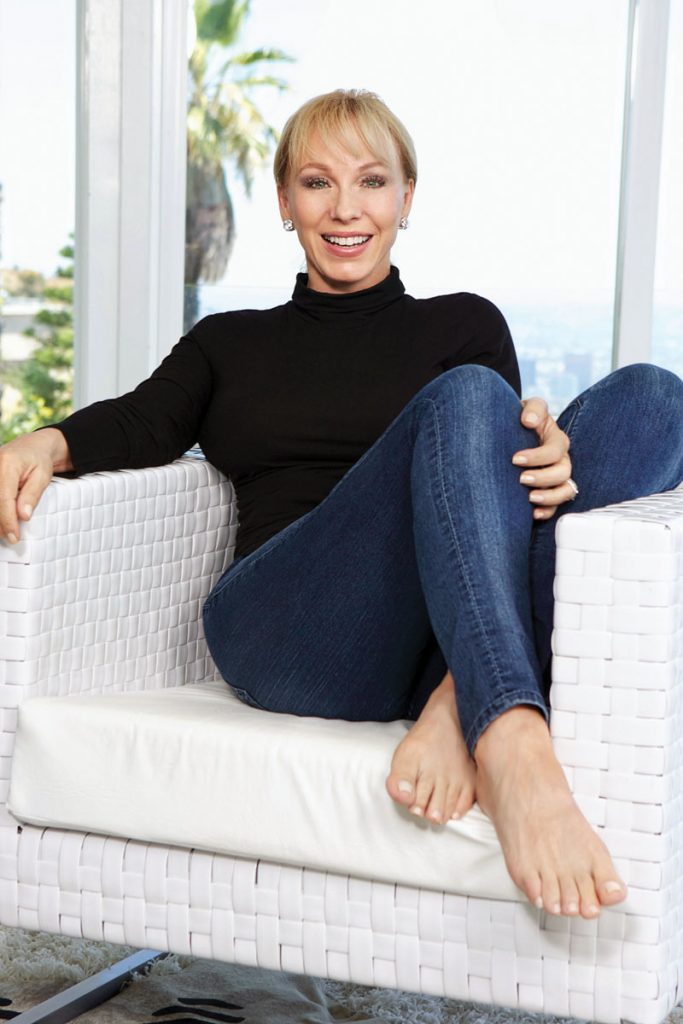 Black’s business acumen and can-do attitude were on full display during her 3-season stint on The Real Housewives of Miami (2011-2013), which turned out to be a lesson in human behavior. The Bravo producers liked her looks, smarts, and ability to chat about anything. But she soon became shocked at the behavior of some of the other housewives.

“I had always been around humble and hardworking people, so this experience was an eye-opener,” she explains. “I learned that truth was not relevant even though I had good intentions. I tried to help one woman start a swimwear line, then I helped another with a cosmetics collection. They were shortsighted and wanted to fabricate, plot behind our backs, and do superficial things. The shows became disappointing. It was like being drunk and exposing who you really are.”

Black says that the Miami franchise was a cross between the glamour of Beverly Hills and the drama of Atlanta housewives shows. She chalked it up to missed opportunities for some castmates, and a learning experience for herself.

While on the show, Black made new friends in show business, and still sees many of them in Los Angeles, where she and her family have lived part-time for the past 18 years.  The Blacks own a four-bedroom contemporary glass-sided home in the Hollywood Hills. For summers and holidays, they head west with R.J. and their four dogs: a poodle named Baby, a Maltese mix named Buddy, a Belgian Malinois named Wolf, and a terrier named Dottie.

“We all love Los Angeles, where everyone wants to be a star, singer, or somebody,” she says. “We like the gay community, the cool mornings and nights, and the overall ambition and energy there. We have parties, and go to fine restaurants and movies. Roy works remotely, I do radio shows and read, and R.J. has a blast.”

It doesn’t matter where Black and her clan are anchored. Her energy, ambition, organizational skills, love of life, and passion for helping others are traits that are both invigorating and a stabilizing force for her family. Still a self-starter, she is pleased when her skincare product sales soar. But as head of the Black household, the well-being of her family doesn’t play second fiddle to anything.

“I am the most fulfilled when Roy, R.J., and the dogs are happy,” she says. “That is my most challenging, rewarding and important role.”

Carolyn Aronson on Her Miami Favorites

Fresh Cuts at The Spot Barbershop

Giving Thanks with Angelo and Denise Elia 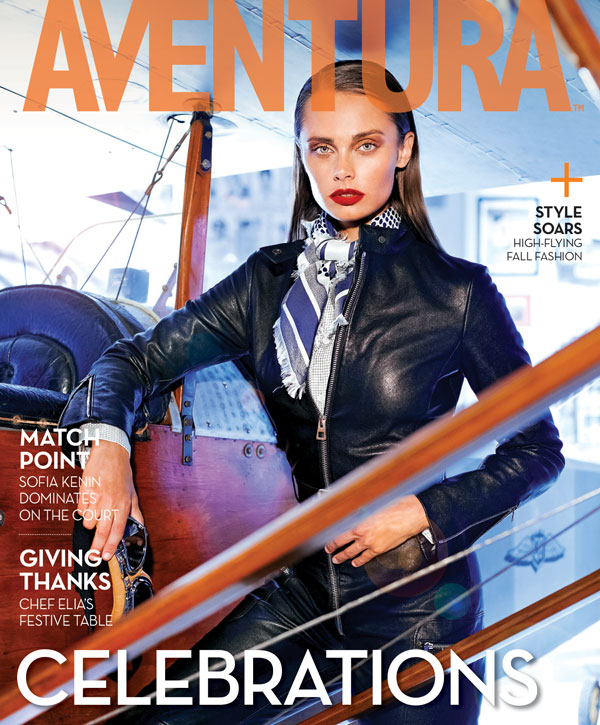